As a child growing up in what was then called Leningrad, I remember watching the October Revolution Parade on television. We had just gotten a TV, one of the first families in our multistory building to have one. Our 30 square meter apartment, that somehow seemed very large to me, was filled with neighbors and friends who joined us in watching the coat-wrapped, hat-wearing octogenarian Soviet supreme leadership standing atop the Lenin Mausoleum and waving as they – and we – observed the military parade that showed off the USSR’s military might.

The huge clock on the Kremlin’s Spasskaya Tower sounded its chimes at exactly 10am. The Soviet Minister of Defense, his chest covered with shiny medals, would be driven in a limousine (a limousine, where at the time there were so few cars on Soviet streets that seeing any car would have made us gasp in amazement). He would then stop near each of the military formations, greet the soldiers, to which they would respond in unison, three times, “Ura! Ura! Ura!” (“Hooray! Hooray! Hooray!”).

The soldiers’ screams would bounce off the Kremlin walls and reverberate within us. Seeing the upturned faces of the military staff and hearing the Soviet Military Army Band performing the full version of the Soviet National Anthem, combined with the deafening sound of 21 guns being fired in celebration, made us little kids feel proud. And even though we were 700 kilometers away from the parade watching it from our tiny Leningrad apartment, we would salute the television set that for some unknown reason would always go into a static frenzy at the soldiers’ third “Ura!” Still we would stand tall and scream “Ura!” Ura!” Ura!” together. Our voices joined thousands of others across our Leningrad apartment block, most listening to the radio broadcast of the parade, with the “Ura’s” spreading across the 11 times zones of what was once the Soviet Union.

A few years later, already on American shores, my new friends would join me under the red, white and blue balloons flying through the air. Local high school bands, with shiny brass instruments, enthusiastic cheerleaders and red-faced American youth would bellow “The Star-Spangled Banner” as they marched down the streets. Watching from the sides, we ate popcorn, chewed on hot-dogs and got our hands all sticky with pink cotton candy that cost 10 cents. Later in the evening, we would turn our faces upward as the fireworks celebrating the 4th of July would fill the American skies. This was the celebration of America’s Declaration of Independence from King George III’s restrictions and it becoming “the land of the free and the home of the brave!” (no question about it, with an exclamation mark at the end!).

Though historians argue whether the signing of the Declaration of Independence actually took place on July 2nd or August 4th, what’s a day or two, or a month or two, when it’s celebrating freedom we’re talking about? July 4th it is.

When we moved to Israel, I had the somewhat naïve notion that the celebrations of Yom Ha’atzmaut, Israel’s Independence Day, would be infused with Zionist pride. The ubiquitous mangal’s (barbecues) that filled the Israeli sky with smoke, ranging from the fancier models on shiny metal grills to self-made bbq grills in parks across the country, were not for me. Somehow, it just did not feel right to celebrate Israel’s long-sought independence over hotdogs and watermelon. My expectations were more along the lines of Amos Oz’s emotional description of what took place on May 5th, 1948, as described in his masterful Tale of Love and Darkness.

At the same time, I was always taken by the fact that, unlike other countries where these days do not immediately follow one after the other, Israel’s Memorial Day for fallen soldiers and victims of terror takes place on the eve of Israel’s Independence Day. Beit Avi Chai’s unique A Face. A Memory. A Day project and the commemoration of the fallen mark the Memorial Day the night before the Independence Day celebrations. It is clear to us all that Israel’s existence would not have been possible were it not for those who gave their lives for it.

I am moved as the official entry into Israel’s Independence Day takes place a few minutes after sundown at the military ceremony on Mount Herzl. The Israeli flag that has been at half-mast throughout the Memorial Day is raised to the top of the pole and strong Israeli soldiers parade with their units.

I take pride in seeing the 12 people who have made significant contributions to the State of Israel light 12 torches symbolizing the 12 tribes of Israel. I watch with wonder as middle school and high school students from all over the world try to respond to questions, the answers to which I often don’t know myself, as they compete in the International Bible Contest. And then, at the conclusion of the celebrations, I stand back with a sense of admiration as those who displayed excellence in their field of study or contributed strongly to Israeli society are awarded the coveted Israel Prize.
I know, I may be naïve or still very much idealistic, but these events move, and if I can use the word, inspire me.

This past year, for the first time, my family and I finally attended a mangal party not far from our home. As we walked up the street called the 29th of November (a street with as symbolic a name as any to walk on Israel’s Independence Day), we joined the families of our neighbors as they grilled meat, prepared numerous salads and chopped up copious amounts of fruit into endless plastic bowls. There were families who made aliya in the past decade and hailed from Paris, Moscow, London, Los Angeles, and Buenos Aires. There even were a few real sabras (whose families were at least three generations deep into the Israeli soil) adding spices to everything and drinking strong Israeli coffee with their meals. The adults spoke a mixture of languages; the kids, no matter where they or their ancestors came from, all spoke Hebrew to each other. A true Kibbutz Galuyot.

No military parades, no marching bands, no allure of weekends away, just spending time with people who have made Israel their home – and their future.
Perhaps this is really the best way to celebrate Independence.

Marek Yanai: On the Threshold

Purim: The Queen
With: Romi Neumark
As part of: Point of View
Special Programs Video

Syria and Egypt
With: Elhanan Miller
As part of: The Last Jews of the Arab World
English Programs Video

The Cultured Jews of Spain
With: Dr. Katherine Aron-Beller
As part of: The Jews of Medieval Europe
English Programs Video

Views of nature
With: Romy Neumark
As part of: Point of View
Special Programs Video

Acollective - I Shall Be Released (Bob Dylan Cover)
Music Video

Hebrew Book Printing in the Iberian Peninsula
With: Prof. Shimon Iakerson
As part of: The First Printed Books in Hebrew
English Programs Video 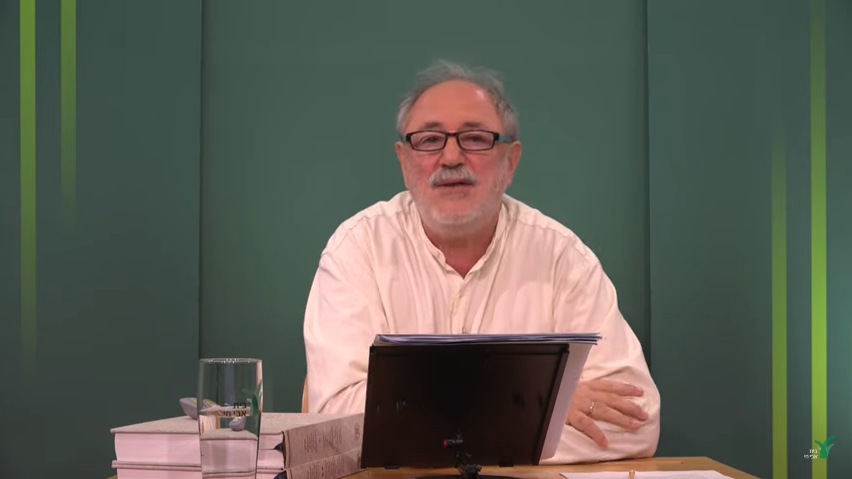 The Repertoire of Hebrew Incunabula
With: Prof. Shimon Iakerson
As part of: The First Printed Books in Hebrew
English Programs Video